All Things IT Management

George writes about all things IT Strategy, Management, and IT Service Management
Font size: + –
Subscribe to this blog post Unsubscribe
Print
Featured

Incident, Problem, Change, Release & Deployment Management all in a Day 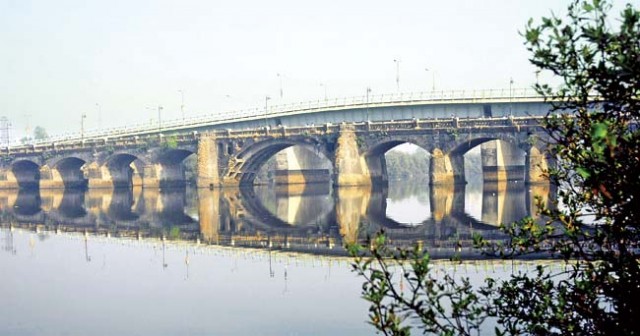 About 10yrs ago I was in Mumbai India doing some work for a client. As part of the engagement I was provided a car and driver to take me to and from hotel to office and anywhere else I needed to go.

One morning my driver picked me up at hotel to take me to office. The trip was going well until a few minutes after we crossed the Kalwa Bridge. The car got a flat tyre, in front of a tyre shop that had no tyres. Gotta to love India. Of course my driver did not have a spare tyre in the boot either. That morning I had about 40 people attending a Training course I was delivering that was due to start in about 15 minutes so my incident was pretty urgent and the impact was 41 people were likely to be impacted by this incident.

So I had an incident. My service had been disrupted. After initial attempt to get tyre sorted I quickly got on the phone to another consultant that I thought might not have come past that point. Called him and he advised that they were just coming across the bridge as we were speaking. I gave him the details of where we were, and he picked me up.

As soon as I got in the other car my "service" was restored. Obviously my service was a transportation service. The question is did I still have a problem? Yes I still needed to get home that night form the office.

What was the underlying cause of the problem? Well the Roads infrastructure in Mumbai at that time was not that great. Can I do anything about that? Not really. Tyres the other root cause of the problem was worn tyres on the car. While I was waiting I had a look at the tyres on the car and they all were shot. What did I do? Initiate a Change Request. I told the driver that to pick me up that night he would need to new tyres on the car and a new spare tyre in the boot or I was going to go with another driver.

As I was finishing the trip to the office I asked the other consultant if I could catch a lift back to the hotel that eventing if my driver did not have the car fixed. He agreed and advise the time he was planning on leaving the office that day.. I had a workaround in place should the problem not be resolved by the time I was ready to use the service next.

With the change request submitted my driver told me he would have to speak to his boss to get approval to get the tyres on the care replaced. I simply said that if he wanted to maintain the service contract with me he had to get it done. I went off to work Delivered my training courses and come departure time I went outside and my driver was there with a smile to pick me up.

I asked the Drive how his day had gone. He told me how his boss had reluctantly approve the new tyres. (The Change was approved) And how he had arrange to get a spare tyre long enough get the car to a tyre shop and have the new tyres fitted. Then how he had taken the car for a test run to make sure all was going to be okay for me to get back to the hotel that night. (testing and validation complete) I had a look around an found that there were 4 new tyres on the car. I asked the driver to open the boot and I checked there was a new spare in the boot as well, so I told him all was okay and we hopped into the car and were on our way. (release and deployment acceptance complete.)

When was the incident resolved? When I got in the other car and my transport service was restored.

When was the problem resolved? When I validated that the car had new tyres and I had made the trip back to the hotel.

How was the change authorised? By the driver taking the request for new tyre to his boss who authorised the tyres to be replaced.

Were there different possible solutions by which the change could have been implemented? Yes they could have had the car towed to a tyre shop could have waited until the tyre shop that we broke down in front of got tyres or as they did; get another spare tyre and take the car to their preferred tyre supplier.

Release and deployment were done using standard practices in their organisation. Note there was unit testing done by checking the tyre pressure on each tyre. There was system testing when the driver took the car of a test drive to make sure everything else was okay for me to get home. There was customer acceptance when I agreed for the driver to take me on the journey back to the hotel that night.

What have we learned?

These and other Service Management processes don't have to be complex and over-engineered to work. Keep your processes simple and clear so everyone understands their part in the process and hey will work much more efficiently.

How do you feel about this post?
Happy (0)
Love (0)
Surprised (0)
Sad (0)
Angry (0)
Tags:
Service Level Agreements Management Operations Service Management
IT Needs to Stop Selling Services!
5 Things IT Departments Must do to Survive

George Reynolds Managing Director GR8 Service Management ♠ ITIL V3 Expert✔IT Business Engagement Specialist✔ Presenter✔ Trainer✔ Business Process Engineer✔Author♠  I work with IT departments in medium to large organisations keeping them from being outsourced to the cheapest bidder by turning them into a valued partner in their business success. IT Management Consultant, Trainer, Author and Presenter. If you are a CIO or Sr. IT Manager and you want your business to come to you with more money asking what else you can do to make their business better instead of always asking you to cut cost and "deliver more with less" then read on. A consultant in IT for over 15 years and awarded for highly successful transformation projects I have discovered 3 key problems with the way IT departments deliver Information and technology solutions to their business. 1.Business partners think IT cost too much and have no real idea the value they get from their IT investment2.IT are perceived as not part of the core business, they are just another service provider.3.Business partners have no idea what IT is on about. They don’t understand the language used by ITTo solve these problems I have developed a program specifically for medium to large IT departments using following principles.▶ IT & Business Alignment ▶ Business Relationship Management ▶ Efficient ITIL based Processes ▶ High Performing Teams ▶ IT Solution Quality

5 Things IT Departments Must do to Survive

What is the Real Purpose of Service Level Agreements

IT Needs to Stop Selling Services!

ITSM for the Cloud

How Important is Business Relationship Management to your IT Department?

No comments made yet. Be the first to submit a comment

I work with IT departments in medium to large organisations keeping them from being outsourced to the cheapest bidder by turning them into a valued partner in their business success.

If you are a CIO or Sr. IT Manager and you want your business to come to you with more money asking what else you can do to make their business better instead of always asking you to cut cost and "deliver more with less" then read on.

A consultant in IT for over 15 years and awarded for highly successful transformation projects I have discovered 3 key problems with the way IT departments deliver Information and technology solutions to their business.

To solve these problems I have developed a program specifically for medium to large IT departments using following principles. 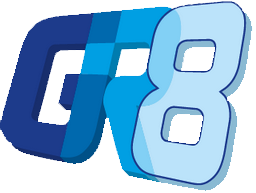